The Monica Parham Memorial Diversity, Equity, and Inclusion Award will be given by the Women’s Bar Association of the District of Columbia at its 2021 Annual Dinner, to be held on October 6, 2021, at the International Spy Museum in Washington, DC.

Monica Parham served as WBA President during the 2011-2012 Bar year, and served as WBA Foundation President from 2016-2018. In addition to being a beloved member of the WBA community, she also was a dedicated and impactful diversity and inclusion professional. Monica’s passing in October 2020 was devastating, and in the months leading up to her passing she did not want others to focus on her illness and instead she directed focus to her life’s work to truly diversify the legal profession.

Monica was a mentor, an advocate, a sponsor, and a change agent.

In her memory, the WBA is recognizing two individuals for their meaningful and demonstrably impactful work to increase diversity, equity, and inclusion in the legal profession. This award is consistent with the theme for the 2020-2021 Bar year: The Importance of Allies and Friends.

We are pleased to announce our recipients, two women who, like Monica Parham, have successfully engaged allies and friends in their efforts to increase diversity, equity, and inclusion. 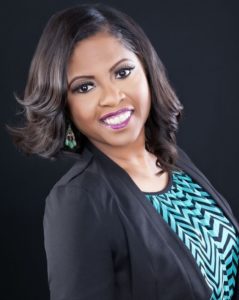 Since the beginning of her career, Yolanda has been a tireless advocate for diversity, equity, and inclusion in the legal profession. After graduating from law school, she became the Scholarship Chair of the Elliott G. Heard, Jr. Memorial Fund, Inc., which awarded 40 scholarships to minority law students. During an 11-year tenure on the WBA Board, including as president, Yolanda spearheaded efforts to train and prepare young women of color lawyers. She helped to organize and actively participated in the WBA’s Bootcamp: Real World Training for Future Success. The Bootcamp consisted of a half-day training program followed by panel discussions that focused on meeting expectations, common pitfalls and solutions, and advancing in the legal profession. Yolanda was part of the Initiative Working Group for the Navigating the Corporate Matrix: Advancing Women in Corporate Law Departments. The day-long Summit tackled such issues as identifying the path to the top, securing mentoring and professional development opportunities, and achieving work/life balance. Working at the direction of Monica Parham and other WBA leaders, she assisted with drafting and editing the subsequent report. As president, one of her major initiatives involved increasing the number of women of color at the partnership level and senior-level positions within corporate law departments in the DC area. To that end, she created the Women of Color Task Force, which sponsored “Formula for Success: How In-House Counsel Can Advance Women of Color to Partnership,” an event that brought together senior law firm partners and general counsels to discuss the challenges that women of color face in big law firms and to propose possible solutions to overcoming those challenges. The Task Force also produced the “Dare to Make an Impact Conference: Advancing Women of Color.” The conference focused on dismantling the barriers to entry and success for women of color within the partnership ranks of law firms and law departments with specific emphasis on creating strategies and tools for overcoming those barriers.

At Freddie Mac, Yolanda serves as the Co‐Vice Chair of the Legal Division’s DE&I Council and the Legal Division’s Representative on the Company-wide Inclusion & Diversity Action Teams (“IDAT”). In 2018, Freddie Mac’s Legal Division rolled out its Engage Excellence Initiative. Yolanda was one of the principal creators of Engaged Excellence, a lawyer inclusion incentive program specifically designed to increase business opportunities for minority, women, disabled, veteran, and LGBTQ+ attorneys. As a result of this initiative, the Division hires diverse lawyers as lead counsel and requires that those lawyers receive origination credit. Freddie Mac attorneys ensure that new matters having more than two attorneys from outside firms include diverse teams. As of January 1, 2020, Freddie Mac in-house attorneys and professionals must obtain approval from the DE&I Council Chair and Vice-Chairs (which includes Yolanda) before a firm can be engaged. As a result of these efforts, Freddie Mac has increased its supplier diversity spend from 1% to approximately 17%.

In addition to her work with the WBA and Freddie Mac, Yolanda has moderated or spoken on countless panels with leading organizations, including the DC Bar Exceptional Women Lawyers Series — “Women in Law: The Importance of Mentors (Pt. 1);” Verizon 4th Annual Diversity & Inclusion Summit — “It’s Not That Hard: Just Do It;” “Banner Witcoff Diversity & Inclusion Speaker Series;” and “MCCA Equity Track Program. 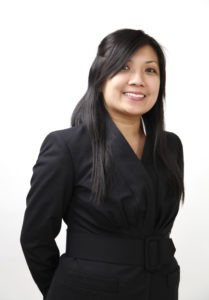 Jill Yu is Branch Chief, U.S. Department of Housing and Urban Development. Jill advocates on behalf of the Asian American and Pacific Islander (AAPI) community, including work on critical initiatives to increase awareness of and prevent bullying.

After Jill’s time with FALA DC, she went on to the National Filipino American Lawyers Association, where she served as regional governor, representing local affiliates from the eastern part of the U.S., and chair of the Public Sector Section. As chair, Jill worked on promotion of opportunities to share information about careers in the public sector for those that are typically underrepresented. Jill then took her talents to the White House, serving as an advisor to the White House Initiative on Asian Americans and Pacific Islanders. Through her work, she instituted critical initiatives including promoting enrollment for healthcare, organizing a philanthropic and public and private partnership event at the White House, working with senior federal agency executives on how their agency can better serve Asian American populations, and co-founding the Act to Change (a national public awareness campaign on bullying prevention, which has evolved to a national nonprofit working to address the challenges that the Asian Americans and Pacific Islander community experience).

Currently, Jill serves on the Leadership Conference on Civil and Human Rights, where she actively serves on the organization’s Hate Crimes Task Force. The task force discusses how civil rights organizations can work together to respond to any rise in hate crimes affecting its members, including the Anti-Defamation League, Sikh Coalition, Asian Americans Advancing Justice, and Southern Poverty Law Center.

Among her work advocating on behalf of the AAPI community, Jill has been an active speaker and educator in the government and private sectors. Jill has briefed senior federal officials with the U.S. Department of Justice, Deputy Attorney General’s Office on anti-Asian sentiment experienced by the youth and families. Jill also briefed officials at the Federal Bureau of Investigations and the Anti-Defamation League on methods law enforcement could utilize to rebuild trust amongst the AAPI community. Jill’s additional speaking engagements include serving as a uest speaker for an event hosted by Verizon entitled, “Step Forward: Careers & Community Conference — ’Digital Safety: How to Protect Yourself from Cyberstalking and Online Harassment’” and as a panelist for the Virtual Equality Lounge at Cannes Lions 2021 Awards event entitled, “Bridging the Divide and Driving Inclusion,” hosted by the Ad Council.