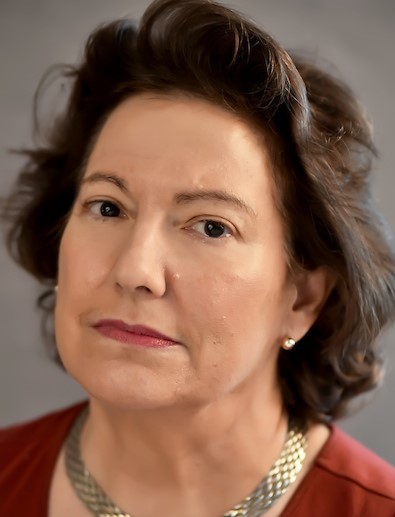 Paige Gold is an attorney/MBA with broad knowledge of local and national entertainment production gleaned from years of experience in Los Angeles television and movie production, followed by a decade practicing Los Angeles entertainment law. She is currently a solo practitioner at the Law Office of Paige Gold.

Raised in the Washington, DC metropolitan area, Paige moved to Los Angeles in 1990, where she began as a production assistant and script supervisor, then transitioned into script development and production, including two years with ABC’s Television-Movie Department. After leaving ABC, Paige earned her JD degree and an LLM degree in entertainment and media law from Los Angeles’ Southwestern Law School. Paige has assisted dozens of filmmakers, screenwriters and entertainment-related businesses with their media projects.

When she first arrived back in DC, she served as managing director of an Arlington theater company for two years. She served as Executive Vice President of Women in Film & Video-DC from 2018 to 2020. Paige used to chair the DC Bar’s Copyright subcommittee. She recalls hosting a panel discussion on the lawsuit filed by Marvin Gaye’s relatives against Robin Thicke and Pharrell Williams over “Blurred Lines,” which they alleged used beats from Gaye’s “Gotta Give It Up.” At the start of the session, Paige played both songs for the attendees, assuring everyone that copyright laws were not being violated because it was an educational event!

In what committees/forums have you been involved?
I have served a co-chairs of the Communications & Technology Law Forum. This year, I am a co-chair of WBA Salons.

Why did you join the Women’s Bar Association?
I was active in the Women Lawyers of Los Angeles board for a decade before moving back to Northern Virginia, where grew up. I joined the WBA right away, but up until now have not had time to participate much.

What benefits do you get from being a part of the WBA and why do you think others should join?
As a lawyer who represents those in the creative industries, I rarely interact with other lawyers except when I’m negotiating against them – and most of them are men. I wanted an opportunity to interact with other women lawyers in a more collegial, informal way.

WBA membership is also a great way to find referrals for my clients to help them with legal issues that I don’t handle.

What words of advice do you have for women new to the profession?
I’ll quote the late fashion leader Diana Vreeland: “Now in life, one has one’s crises, changes, circumstances and opportunities …but you must just go along. Bash on!! Don’t look left nor right and never compete. Never. Watching the other guy is what kills all forms of energy.”

What is the best advice you have received?
It’s actually a football analogy, about our tendency to kick ourselves over our mistakes. After an Alabama quarterback threw an interception early in the first quarter of an important game, one TV commentator said, “I hope this doesn’t hurt his performance for the rest of the game.” The other commentator responded, “Nah, he forgot that pass as soon as it left his hands.”