WBA members can watch recordings of Showcase and Committee and Forum programs in their entirety. 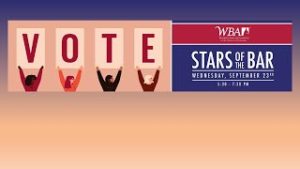 Each fall, the Women’s Bar Association of the District of Columbia (WBA) comes together for Stars of the Bar, a free networking event that kicks off the WBA’s programming year. The WBA’s typical in-person event brings together hundreds of leaders in the DC legal community—women and men alike—who gather to network with each other and the WBA leadership to learn more about the WBA. Of course, this year the WBA was unable to host Stars of the Bar in person, and instead hosted a virtual, online event.

In commemoration of the 100th anniversary of the 19th Amendment, the WBA will honor champions in the fight for women’s voting rights throughout history. We recognize that women’s suffrage was not fully realized when the 19th Amendment was passed. The voting rights of Black women were not protected until the passage of the Voting Rights Act. But even the promise of the Voting Rights Act has not been fully realized. And today returning and reintegrating citizens and District residents, among others, still face challenges exercising the right to vote.

For their tireless efforts in advancing suffrage and voting rights for all, this year’s Stars of the Bar were:

Kristen Clarke, President of the Lawyers’ Committee for Civil Rights Under Law.

WBA & GWAC: Where Are The Black Women Lawyer Leaders 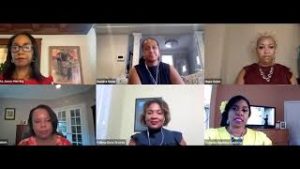 An Open Discussion on Reasons for this Lack of Diversity and An Examination of Viable Solutions.